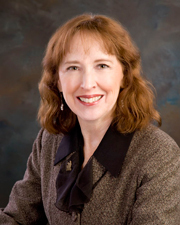 Following graduation from nursing school, Diane Carlson Evans joined the Army Nurse Corps. She served for six years, including a one year tour in Vietnam where she served in the 36th Evacuation Hospital in Vung Tau and the 71st Evacuation Hospital at Pleiku. After retiring from the Army, Evans worked as a readjustment counselor for Vietnam veterans.

Evans attended the dedication of the Vietnam Veterans Memorial in 1982. Two years later, a statue of three male soldiers was added to the memorial. These events inspired Evans to advocate for a memorial to the women who served in Vietnam, veterans who had gone unrecognized for decades by the public and the government. Evans founded the Vietnam Women's Memorial Project to help make a women's memorial a reality. She testified before Congress and appeared on national television, speaking not only about the memorial but about the experience of women Vietnam veterans.